Podcast 23 – LinkedIn, the platform we love to hate 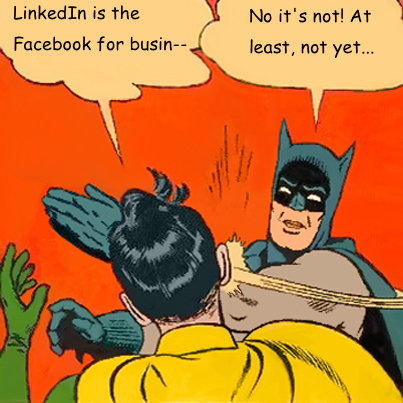 The Geek Whisperers try to figure out what LinkedIn is good for. Amy is convinced it’s not a social platform — it’s not the Facebook of Business where people actually engage, but it is a good place to broadcast from. Matt does think it’s a social platform, because everybody has a voice, and he likes the resume stalking besides. And John changes his mind from “completely worthless” to “mostly harmless” over the course of the podcast taping.

In fact, John asserts several times that his company is mostly pushing out job openings to LinkedIn, and that nobody is reading them. After we recorded this podcast, John went back to his team and it turned out while that was true in the past, he hadn’t been paying attention for the last year or so. In fact, the team was pushing out company news and technical content updates on LinkedIn, the company has more followers on LinkedIn than it does on Facebook, and the percentage of engagement (people who click “Like” or comment) on LinkedIn is higher than on Facebook!

So he really pulled a boner in this episode. However, there are fewer comments per post, so Amy appears to be right — LinkedIn might not be the Facebook of Business yet, but it is a good place for a company to get the word out about things that it is doing. Perhaps over time LinkedIn will succeed in its quest to get regular working folks to come back daily and get their social updates and business news.

LinkedIn Groups also vary widely in quality. Public groups are usually not very good, but we hear reports of private groups that are  valuable and active. If you know of any Groups worth watching, whether public or private, let us know!